Apart from playing girls’ touch football in high school, I shied away from team sports while I was growing up. I loved the easy collegiality of the girls on my football team but found all other team sports overly competitive and intense. There was something about competition that turned me off. My perception was that people would say or do things that, under normal circumstances, they would not. 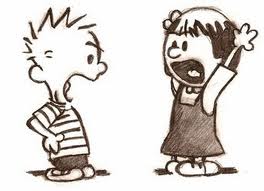 And, being an individual who likes conflict about as much as a root canal, I just stayed away.

To this day, I still prefer individual sport and my favourite is skiing. I love the intensity, the speed, the opportunity to push my body and the sheer exhilaration of the whole experience.

As the mother of three boys, I now live in a culture of competition; both overt and subtle. Even when the boys are playing an X-box game together, there is conflict. And, heaven forbid, that we do not agree on our NHL hockey teams! 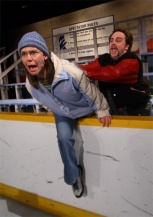 The past two years have seen a significant increase in my exposure to team sport competition thanks to Zachary’s passion for ice hockey. I shied away from hockey in particular partly due to the archetypal hockey parent. I truly do not understand the parental hysterics from the sidelines and wanted no part in it.

We are very fortunate to have joined a hockey league in which every parent supports the notion of fun first. However, there was one tournament this past winter in which the visiting parents certainly supported the stereotype. Needless to say, I was utterly shocked to hear a hysterical mother from the opposing team screaming; “hit him, hit him“.  And, we do not even have hitting in Zachary’s age group!

Okay, I thought, maybe Zachary is cut out for team sports with his macho persona. However, Michael is more like me and will not be a team-sport-guy.

Well…last night he proved me wrong.

Last night was Michael’s very first lacrosse game. Having never been to or watched a lacrosse game I had no idea what to expect. I must say that I was a ‘Nervous Nellie’ as I watched Michael being pushed around, knocked over and roughed-up. I think Simon’s arm must have had bruises on it by the time the game was over because I grabbed it so many times. And as I watched, all I could think was; ‘Michael is going to hate this.’

Well, guess what? He popped up from every hit with a mile-wide-grin on his face. And, he seemed to absolutely revel in the camaraderie, the sweat, the bumps, the bruises and the post-game stiff muscles.

I have been a parent for over fifteen years. You would think by now that I would have stopped trying to pigeon-hole my kids. It seems that just when I think I have them figured out, they surprise me again.

My sweet little Michael gave me a gift last night. He reminded me that it really is time to stop using words like always and never…especially when it comes to my dynamic, individual, and fabulous kids!

3 thoughts on “Always and Never”